Join us at Upper Canada Village for a variety of unique dining experiences, from historical cuisine served in a relaxed heritage setting to fast food deli-fare. All dining facilities are wheelchair accessible. 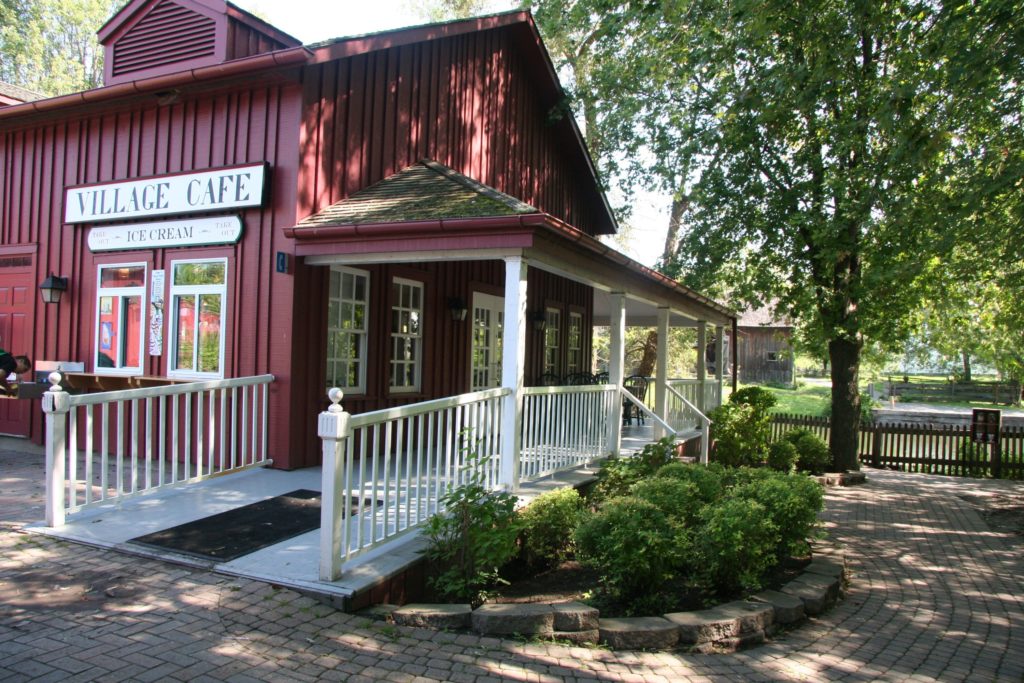 Enjoy a real taste of history at the Village Cafe, where you can sit back, relax and enjoy one of the Village’s savoury, melt-in-your-mouth cheddar cheese sandwich specials, grilled to perfection on fresh-baked Village Bread. Soup, foodie snacks, delectable desserts, fresh-squeezed lemonade and specialty coffees are also available. The Cafe is conveniently located within the Village Store. 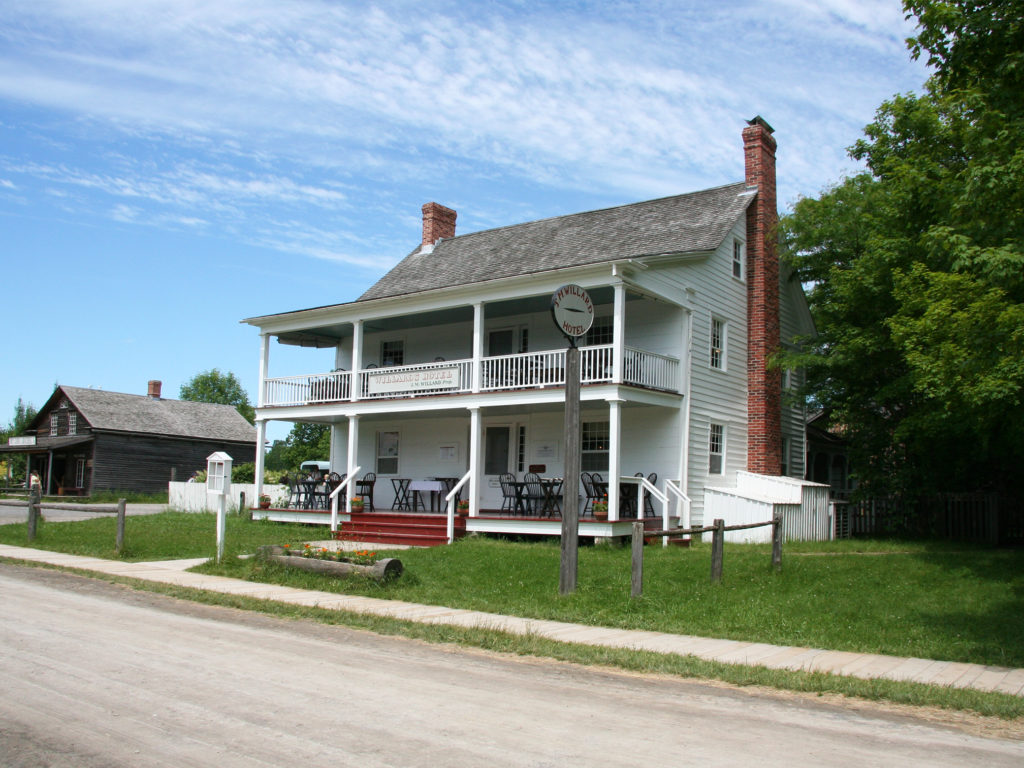 You will find Willard's Hotel on Queen Street, just past Crysler Store, in the Village. Willard's Hotel is one of the oldest buildings on the site. It was constructed in the late 1790s and restored to the style of the 1850s. Daniel Myers, son of the earliest owner Jacob Myers, took out a tavern license in 1815. The building was later bought by John Willard in 1830.

Today, the hotel is a full-service restaurant where costumed staff will serve you a period-style meal such as rarebit, or the Victorian tradition of afternoon tea. Enjoy the light or traditional teas with a small assortment of finger foods between 2:30 p.m. and 5:00 p.m. Seating indoors holds 92 and the Hotel is licensed to serve beer and wine. Willard's Hotel offers other special occasion dining experiences. 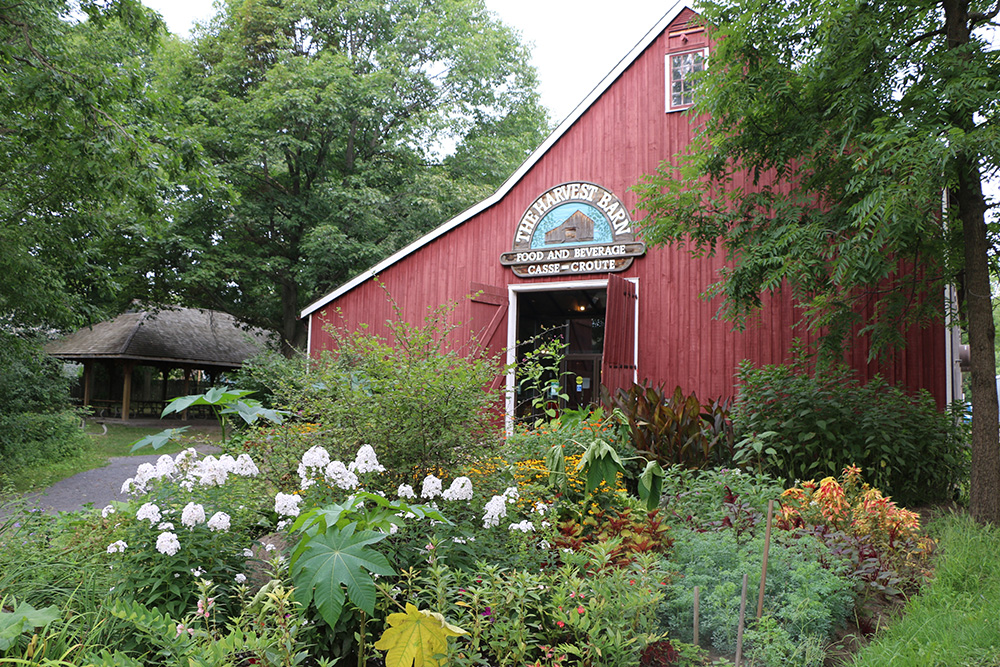 The Harvest Barn is located on Albert Street, in the Village. The Barn offers a full range of food service, and popular grilled and luncheon specials. The Barn is licensed to serve beer and wine. 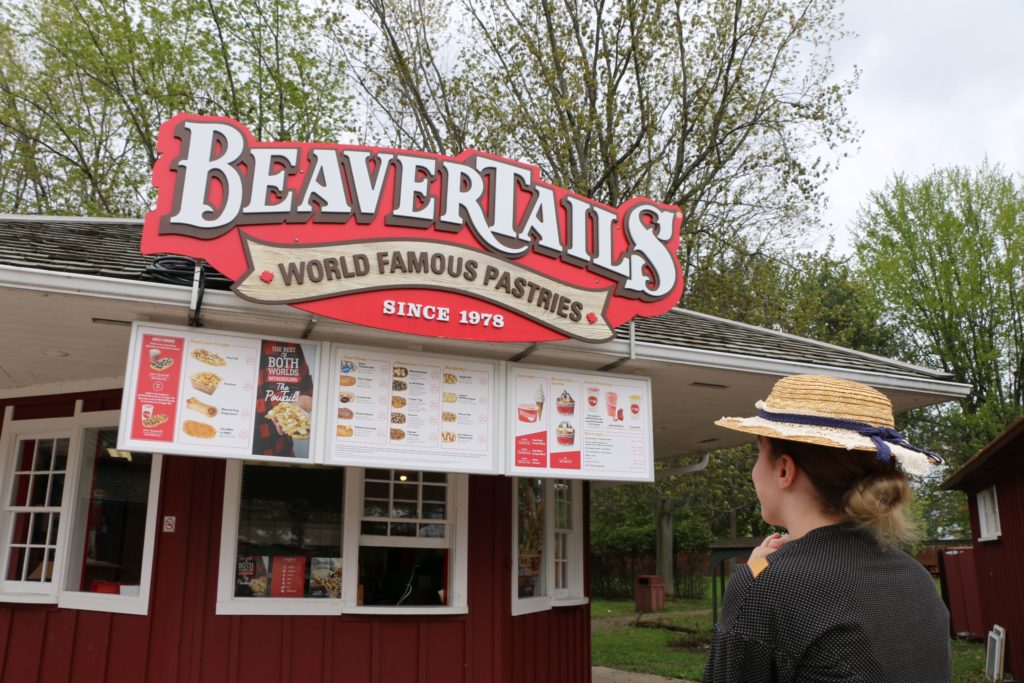 BeaverTails pastries are deliciously addictive, whole-wheat Canadian pastries, hand-stretched to resemble the tail of a beaver and served piping hot with your choice of delectable toppings. Delighting dessert lovers since 1978.